Restoration of Half-Timbered Houses: From Hobby to Business

For many owners of Wood-Mizer sawmills, woodworking begins as a hobby, and over time it turns into a real business that brings not only pleasure, but also income.

Kim and Christian Zibulla family from the small town of Berkum in Germany run a global engineering company. The fascination with the old half-timbered architecture led them to the situation that several years ago they purchased at auction a dilapidated building listed as an architectural monument.

“In fact, we were looking for an apartment for ourselves, but we could not get past such an opportunity,” Kim said. “Nobody wanted to buy this house for fear of the exorbitant costs of restoration and the strict requirements of the administration for the protection of monuments.”

After many months of work, the house was completely restored, and Kim and Christian Zibulla realized that they would not stop there, and purchased a second half-timbered house next door.

Now the family is working hard on the third house, next to which a carpentry workshop will be built. A brigade of ten craftsmen is actively engaged in building repairing. Wood-Mizer equipment involved in the projects includes an LT20 sawmill electric motor, bought in 2013, as well as a LT70 mobile sawmill with a diesel engine and an EG100 edger, purchased in early 2018. Drying chamber modules are mounted in a trailer on wheels. The first of the Wood-Mizer planers/moulders has been just delivered. All machines are easy to transport and install right on the construction site. Christian Zibulla buys fresh oak, stores it in logs for 3-4 years, and then saws and dries as needed.

Obviously, the experience of the Zibulla family helped them to turn their hobby into a new business — the service of repairing and restoring old houses. So now other lovers of the half-timbered architecture can also be able to enjoy life in the renovated half-timbered houses. 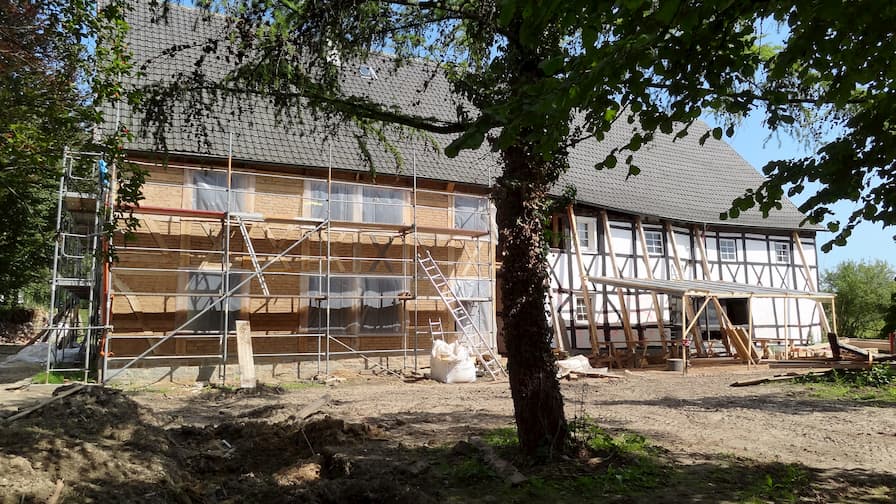 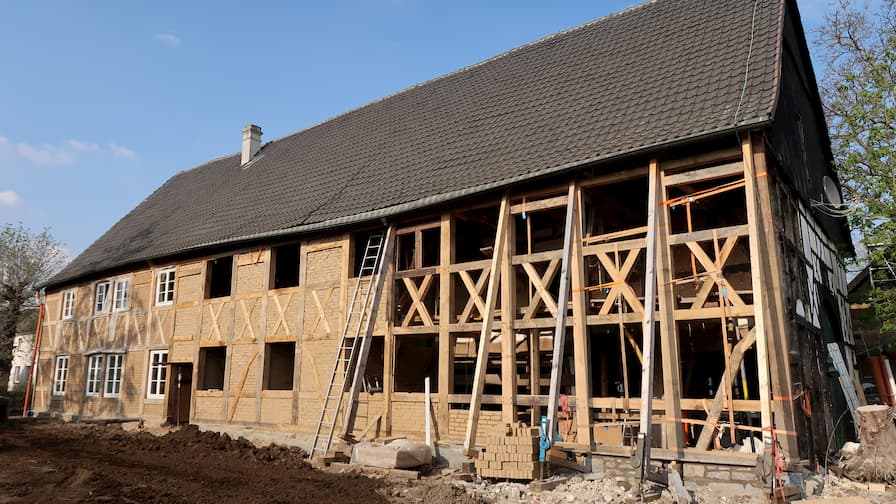 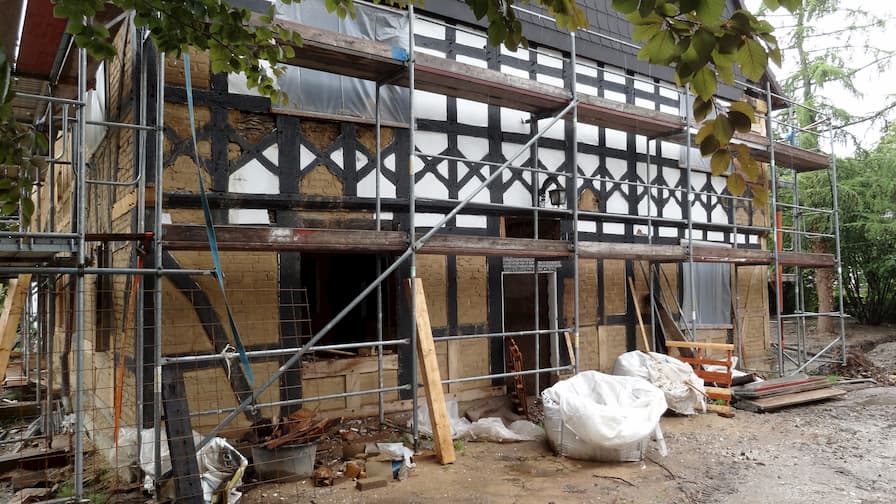 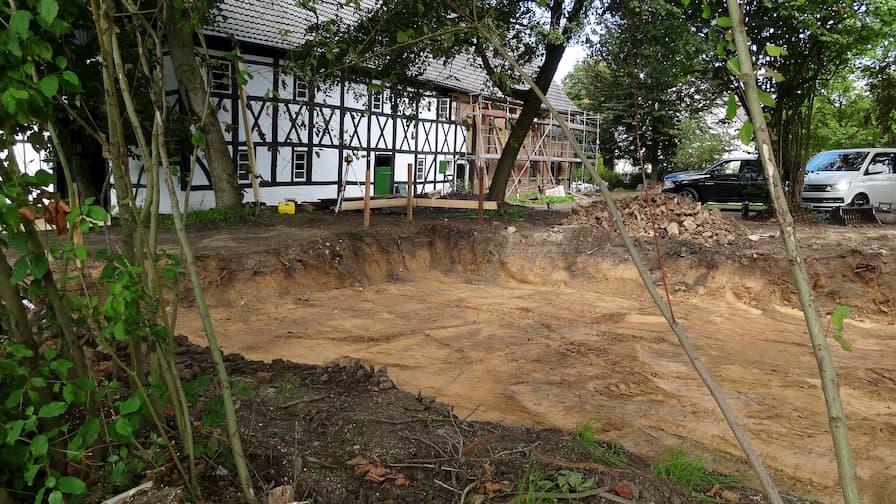 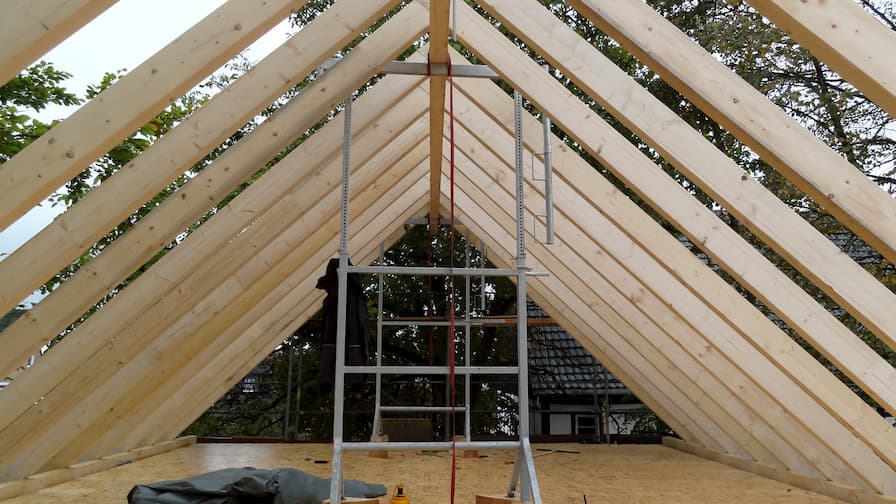 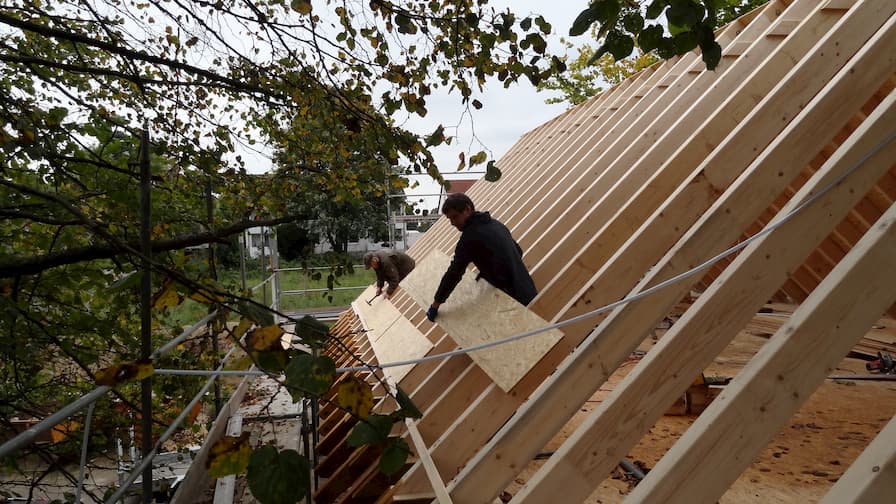 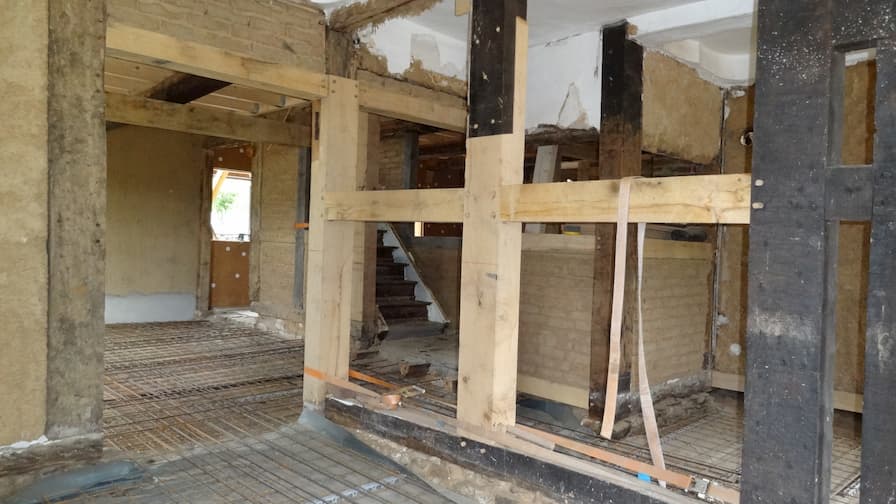